What is the API Codec?

To better understand why the API Codec was created, it is important to understand standard timeout based communications.  Timeout based communications means you send your command to the controller, the controller waits until you stop sending data, times out, processes your command, and reports data back to the host computer.  The API Codec eliminates the Timeout (and delay) from the standard protocol.  Because the API Codec includes a checksum, invalid data is automatically discarded to prevent false processing of commands.

Not all controllers support the API Codec.  Click Device Identification and look at the API Support status field.  All NCD devices with firmware version 3.2 or later will support API Communications.  If your controller supports the API Codec, the word “Supported” will be displayed as shown below: 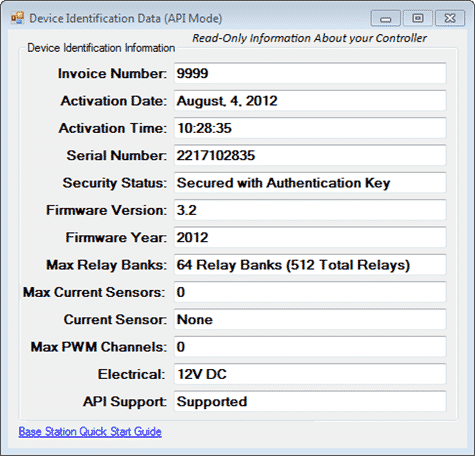 API in Base Station

The top of all forms that support API will indicate (API Mode) as shown here indicating all communication is formatted in API Format.

You may turn this off by unchecking the “Use API Mode when Possible” on the main Base Station screen.

To help users better-understand the API Codec, a new control panel was created that allows you to enter commands in Standard Format and encode/decode the responses.  This is a valuable learning tool for users who may wish to learn and troubleshoot the API Codec. 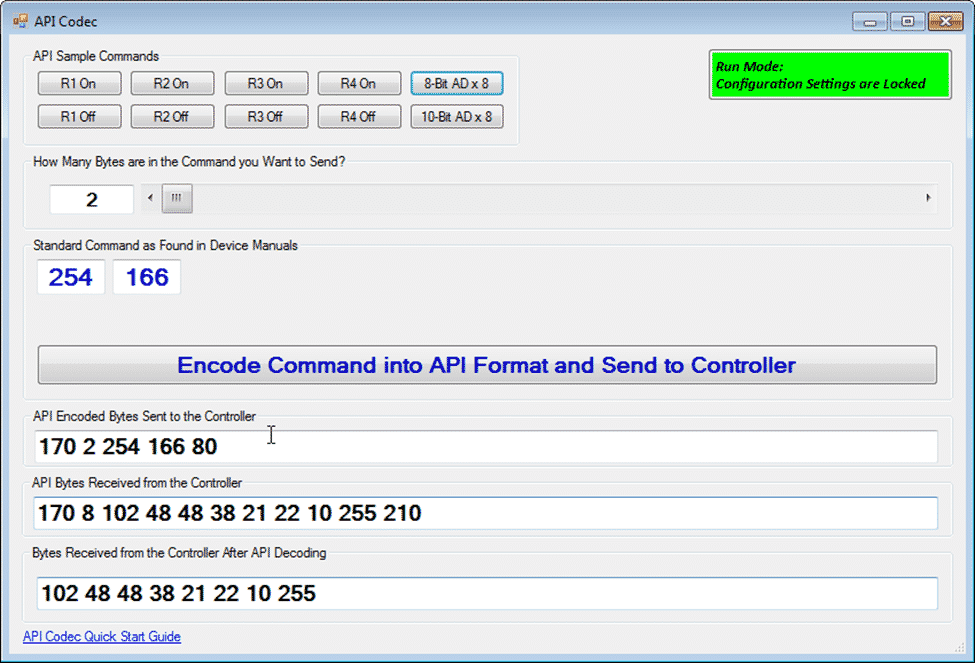 Move the Slider to select how many bytes you would like to send.  This value should match the number of bytes in the standard command.  In the example above, the Standard command that we want to encode is 254, 166 (two bytes).  By clicking the blue “Encode” button as shown above, these data are wrapped with a Header, Number of Bytes, and is finished with a checksum (a value of 80 shown above).  When a command is sent in API format, the controller responds in API format.  In this case, the controller will report back 8 bytes indicating the 8-bit A/D values of analog inputs 1-8 (not supported by all controllers).  The controller will respond with a header byte of 170, followed by the number of bytes to expect (8), followed by 8 bytes of data, concluding with a checksum of 210 as shown above.

Coding Commands in API Format is easy.  Let’s take a simple command and encode it for API Communications.  The command 254, 33 is used to test two-way communications.  If we send this command to the controller, the device will return 85 in Run Mode, 86 in Configuration Mode, and 87 in Security Lockdown Mode.

When an API Command is sent, the controller will send all responses to your commands in API Mode.  You will receive the following bytes from the controller:

In order to use the API Codec, it is important that you properly calculate the Checksum for both coding and decoding API communications.  The Checksum is very easy to calculate.  Simply add all bytes together (including the Header Byte 170, and the Byte that indicates of number of bytes in the packet) then use the Mathematical “AND” function to isolate the Least Significant Byte: 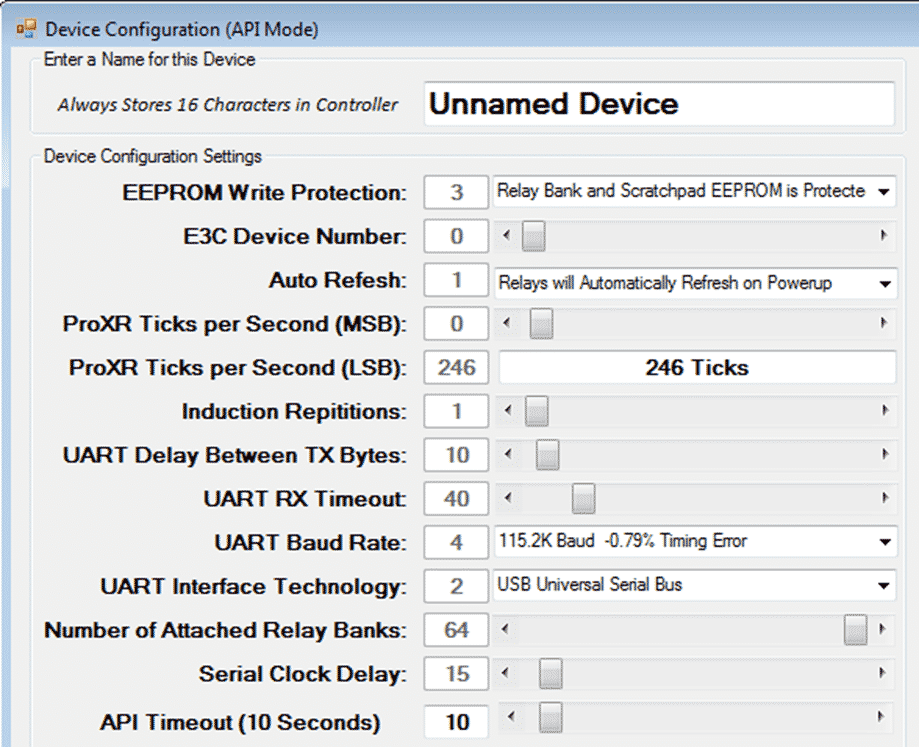 To ask the controller if API Mode is supported, read EEPROM Location 246 and Test Bit 8 (the most significant bit).  If Bit 8 is High, API is supported by the controller.  Please refer to the EEPROM Quick Start Guide for complete details.

Note:  To simplify integration of this new packet structure, Checksums are calculated EXACTLY as before.  The 171 does NOT recalculate the checksum, checksum is calculated as though the header byte were 170.  The Device Number is NOT included in the Checksum calculations.

Note: Each E3C DropNet Device MUST be configured with a DIFFERENT E3C Device Number.  Use our Base Station Software and choose: “Device Configuration” to set the device number.